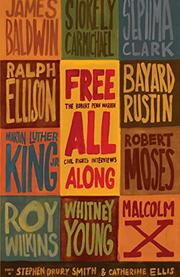 Published in 1965, Warren’s oral history Who Speaks for the Negro? received mostly lukewarm reviews and little fanfare. Among critics, the 450-page volume of interviews was billed as everything from “the very best inside report” on the civil rights movement to “boring.” The interviewees include Martin Luther King Jr., Malcolm X, and Stokely Carmichael, and the volume brims with Warren’s own reflections, revealing as much about the author as it did the movement (critics claimed it had nothing new to say). After decades of fading from memory, Yale University Press reprinted Who Speaks? in 2014. Here, Smith and Ellis (co-editors: Say It Loud: Great Speeches on Civil Rights and African American Identity, 2010, etc.) present a modified, highly relevant version of Warren’s enormous undertaking. “In this edited anthology,” they write, “the focus is on the interviews themselves.” Not all of the interviews are retained—but two are added: Septima T. Clark and Andrew Young—and Smith and Ellis stripped away the poet’s personal observations and digressions, returning to the raw transcripts and allowing the stand-alone interviews to drive home their own measures of insight. One example is the opening interview with the Rev. Joe Carter, the first African-American to register to vote in Louisiana’s West Feliciana Parish. What is now published as pure monologue describes in powerful detail Carter’s 1963 experience of harassment and arrest by a mob of whites as he defiantly attempted to register. Among other changes, the editors shed Warren’s interview titles, replacing them with the subject, date, and location followed by a page of “biographical and historical context.”

It’s clear the editors made dozens of nips and tucks to maximize their stated goal of “clear and engaging reading” while remaining “faithful to the spirit and substance of the conversations.” The result is an anthology that arguably holds more contemporary importance as a historical document than the original release.