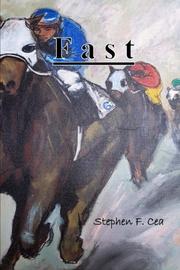 Cea’s debut novel, an allegorical adaptation of the legend of Faust, tells a story about the difficult choices that face people in the modern world.

The book starts with a preface by the author and a prologue from the narrator’s point of view, explaining the philosophical underpinnings of the story to come. Cea notes that there will be many allusions to classic literature and film, which he says will enrich the narrative. His unnamed narrator then begins the tale in earnest, looking back on his own mistakes in life and pondering the context for his downfall. The first half of the book is the most engaging, showing the narrator’s upbringing in New York City by a strong mother and a father who was kind to his family and friends but unrelentingly brutal to those he saw as cruel. The narrator was a bright kid, but not terribly interested in what school had to offer—until a teacher showed him how to question his surroundings in a more intellectual manner. There are some beautiful moments here, especially when the narrator tries to understand his father’s dual nature. The second half of the book is more contrived, as the narrator settles into the Faust plotline. He’s talked into buying a horse and gets involved in a gambling scheme that’s backed by organized crime. This interrupts a developing storyline from the first half, in which the narrator gets married and is forced to adapt to the fact of his father’s death. But although the author introduces some colorful characters in the latter half of the book, the narrator’s family barely appears in it. The author’s motivations for joining the scheme are attributed to his need to get ahead for his family’s sake, but readers never get to see that family life in order to put that decision in context. He winds up in prison, and after long passages of debating different schools of philosophical thought, he ends up leading a different life than the one he envisioned. The novel’s frequent allusions to other works, which the author footnotes and explains, wind up being more of a distraction than a useful addition.

A sometimes-engaging story that suffers from a disjointed presentation.