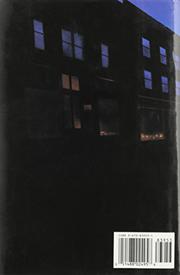 The old horrormaster in top form, this time with a demonic dealer in magic and spells selling his wares to the folks of Castle Rock, scene of several King novels including The Dead Zone, Cujo—and how many others? King locates his hokey Our Town in Maine, but as ever it's really Consumerville, USA, with everyone's life festooned with brand names. The cast is huge and largely grotesque, since King—wearing a tremendous cat's-smile—means to close the book on Castle Rock and blow it off the map in one of his best climaxes since Salem's Lot. Editing here is supreme. King braids perhaps a dozen storylines—with hardly a drop of blood spilled for the first 250 or so pages—into ever briefer takes that climax in a hurtling, storm-ripped holocaust whose symphonic energies fill the novel's last third. Perhaps only five characters stand out: Leland Gaunt, a gentlemanly stranger who opens the Needful Things curiosity shop; his first customer, Brian Rusk, 11, who sells his soul for a rare Sandy Koufax baseball card; practical Polly Chalmers, who runs the You Sew 'n' Sew shop, welcomes Gaunt with a devil's-food cake, and buys an amulet to relieve her arthritis; her lover, Sheriff Alan Pangborn, who buys nothing but is haunted by the driving deaths of his wife and son; and Ace Merrill, coke dealer in a bind, who becomes Gaunt's handydevil and gets to drive Gaunt's Tucker, a car that's faster than radar and uses no gas. As he has for hundreds of years, Gaunt sells citizens whatever pricks and satisfies their inmost desires. But the price dehumanizes them, and soon all the townsfolk vent their barest aggressions on each other with cleaver, knife, and gun: Gaunt even opens a sideline of automatic weapons. By novel's end, the whole town is on a hysterical, psychotic mass rampage that floods morgue and hospital with the delimbed and obliterated. Then comes the big bang. Mmmmmmmmmmmm! Leland King's glee, or Steven Gaunt's, or rather—well, the author's—as he rubs his palms over his let's-blow-'em-away superclimax is wonderfully catching.