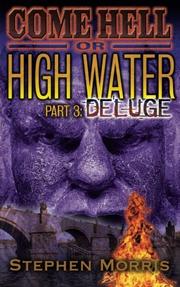 Naïve, young Magdalena leads a large cast in this convoluted tale. She tangles with a witch’s ghost who pulls her into an underworld of sorcery and vampires. That encounter propels her and various helpers and enemies through the first two novels in the series, leading up to this installment, which ties up the trilogy with pyrotechnics and a twist reminiscent of Mario Bava’s film Black Sunday. Despite some interesting conceits (tarot cards are used as chapter themes) and a strong pace, the overall narrative doesn’t coalesce. The characters and dialogue aren’t especially engaging and often deliver clunky exposition. The most significant flaw is that the book reads like the last third of a novel rather than as a fully developed story. Those who haven’t read the previous books in the series will be lost. The first chapter begins without description of the characters or their setting beyond a brief note of the calendar date. The work doesn’t supply sufficient orienting information for some time. Even with a useful synopsis, keeping track of the large cast and multiple locations becomes a challenging exercise in memory. Also, though much of the background seems to be well-researched and authentic, occasionally something will give the reader pause. For example, a character gives the Christmas greeting, “Váno? ni strome? Ek!” (which means “Christmas tree” in Czech). This may very well have been a common holiday greeting among 14th-century Bohemians, but the modern reader may be somewhat puzzled.

An interesting but incomplete story.