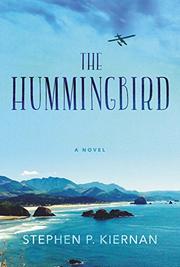 A hospice nurse, baffled by her husband’s drastic personality change after his third deployment to Iraq, gleans valuable lessons from a dying World War II historian.

Deborah Birch, who has found her calling caring for dying patients in Portland, Oregon, is the only attendant retired professor Barclay Reed has not yet fired. She wins him over by showing an interest in his life’s work, an unpublished treatise about the only Axis bombing to take place on American soil—in Oregon, when Ichiro Soga, a Japanese pilot, took off from a submarine in a light plane, bent on firebombing the state’s famed virgin timber. Chapters from the treatise are interspersed throughout as Deb reads them to Barclay. Afflicted with terminal kidney cancer, Barclay also suffers from the blows life has dealt: his isolation from family and friends after his academic career ended due to a false accusation of plagiarism. Deb has another troubled soul to deal with at home, her husband, Michael, a Guardsman who survived his first two tours of duty in Iraq comparatively unscathed. After the third, however, he returned exhibiting full-blown post-traumatic stress disorder and has grown cold toward his wife and dangerously irascible. A skilled driver and car buff who works as a mechanic, he's now without wheels thanks to a road rage incident—police impounded his car after he pursued and rammed another driver for parking in a handicapped space. When Deb confides in Barclay, he tells her the key to unpacking the puzzle of Michael’s trauma may lie in studying the code of a warrior. The story of Soga, a descendant of samurais, and his atonement for the bombing is the key to that understanding. The sections concerning Soga and his odd rapprochement with the Oregon town he attacked are often more engaging than the plights of the contemporary characters. Kiernan (The Curiosity, 2013) seeds this saga with occasional sanctimony, bald symbolism, and overly facile epiphanies.