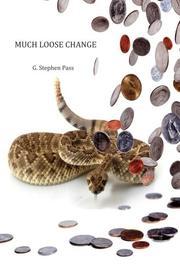 An Asian-Indian woman finds herself at the mercy of a hit man for a Native American drug gang in this thriller.

In the beginning of  Pass’ (Lilith: The Descendant, 2016) novel, readers meet three seemingly disparate people whose lives revolve around a Tohono O’odham reservation in Arizona: John Moon, aka Much Loose Change, a White Mountain Apache tribal lawyer still mourning the death of his wife, Sarah; Samuel Joaquin, a Native American hit man for his brother’s drug-smuggling gang who moonlights as a serial killer; and Alison Steele, the half-Lakota, half-Chinese owner of a successful business that supplies cigarette girls to casinos on reservations across the country. When Charlie Benz, who manages the casino on the Tohono O’odham reservation, tries to buy her out, it sets a chain of events in motion that leads to Alison running for her life from the psychotic Samuel. She’s only saved by the timely intervention of John Moon, who bestirs himself to become her protector. Hard-bitten Alison, a born survivor, finds herself falling for John, who’s willing to come out of self-imposed emotional exile in order to be with her. But can he protect Alison from Samuel—or an even worse fate? Pass delivers an ingenious novel in which the characters have rare depth and compelling back stories. For instance, readers learn that John’s grandfather was a Navajo code writer during World War II, and that strong-willed Alison has gone through several different careers and values her independence. Even Samuel, a character who flirts with cliché, gets fresh life in the details of his Native American background. Overall, the reservation atmosphere gives this book a unique feel. Only at the end does the story falter with a double whammy climax that doesn’t feel properly set up.