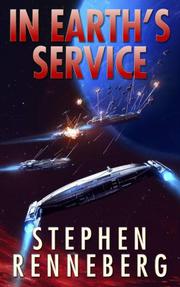 From the Mapped Space series, volume 2

This second installment in the Mapped Space saga continues the exploits of Sirius Kade, captain of a merchant starship and deep-cover agent for the Earth Intelligence Service.

Attempting to complete what should be a routine mission on a remote planet colonized by a highly intelligent race of space-faring, giant beetlelike creatures, Kade watches as a hit squad murders his contact. Tracking the killers to a nearby planet entangles the intrepid operative and his crew in a grand-scale conspiracy that involves weapons smuggling, slavery, and, above all, a plot that features insanely advanced alien technology that could ultimately obliterate humankind. The answers surrounding the alien tech and how it came to be in the possession of space pirates always seem to elude Kade. In this novel (the sequel to Renneberg’s The Antaran Codex, 2014), Kade finds himself in one perilous situation after another in such diverse places as the high-gravity planet Hardfall. Humanity’s tenuous Access Treaty with the Galactic Forum looms above it all. After having its interstellar access rights suspended for 1,000 years when human religious fanatics attacked an alien home world, the human race is essentially on probation—and any violation could set it back centuries. Kade must tread lightly: the future of humankind is literally in his hands. While not as immersive as the first installment (the grandiose political machinations and military sci-fi-powered maneuverings overshadow the characters’ more intimate story arcs), this sequel is still captivating. Kade is an audacious and endearing leading man, and the various planetary backdrops and inhabitants are meticulously detailed and vividly described. Hardfall, for example, is extraordinarily realized (“Large river valleys snaked from towering mountains in the east, across vast plains to the desolate west coast, although only the great rivers of the south still held water. Their northern cousins were now dry and barren scars across a once fertile land”). This volume also delivers an impressively knotty plotline and impeccably edited writing. Fans of classic space tales (like E. E. Smith’s Lensman saga and Jack Williamson’s Legion of Space) should find this series utterly satisfying.

A sci-fi novel that offers a relentlessly paced, action-packed, and undeniably epic-in-scope adventure.