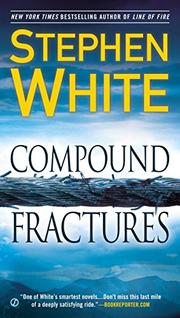 Dr. Alan Gregory’s 20th brush with crime is his last.

Ever since White announced on the publication of Line of Fire (2012) that he was wrapping up the Boulder psychologist’s caseload, it’s been clear that the series would go out with a bang rather than a whimper. Fans who read that last installment will recall that Alan’s ex-patient Michael McClelland, now doing time for murder, had sent a proxy killer to Boulder; Alan’s partner, Diane Estevez, had shot his wife, prosecutor Lauren Crowder, in the back; and Alan had traced Diane’s husband, Raoul, a wealthy venture capitalist, to a dark, far-reaching conspiracy. All these problems are compounded by a pair of excavations. One of these is literal: A demolition worker finds a .38 caliber handgun suspended inside the chimney of a house he’s been knocking down. The other is metaphorical: Alan begins a series of sessions with inexperienced Dr. Delilah Travis, whom he’s chosen specifically because she’s one of the few therapists in the area he doesn’t know. What mainly emerges from both the investigation and the sessions that follow are the epic difficulties Alan’s had in trusting any of the most important people in his life: his late wife; his old partner; his new therapist; his longtime friend, Boulder detective Sam Purdy; and his attorney and former patient, Kirsten Lord. By the time the kitchen-sink plot has linked Lauren’s office to coverups involving everything from a 12-year-old shooting to Osama bin Laden’s nephew, readers will be convinced that every citizen in Boulder has put in hours on Alan’s couch. This entire final installment, in fact, is structured like a marathon therapy session, with all parties constantly hinting at buried revelations that are only gradually brought to light.

Fans sad to see the saga end will be enthralled by its daring crescendos; newcomers are likely to find the proceedings impenetrable.