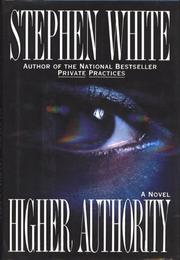 A thriller whose characters possess such psychological complexity that readers become as preoccupied with plumbing their depths as with figuring out whodunit. Filing a sexual harassment suit is difficult enough, but matters become extra-complicated when Teresa Crowder points the finger at Blythe Oaks, the female senior clerk of the first Mormon Supreme Court justice, Lester Horner. Teresa's sister Lauren (seen in bestseller Private Practices, 1993, with fiancÇ/protagonist Alan Gregory) consults an acquaintance, Salt Lake City lawyer Robin Torr, who takes the case after considerable doubts about challenging the powerful Church but does not anticipate that Blythe will be stalked and killed. The Utah residents featured here are not polyester cutouts but people with diverse lifestyles and varying religious zeal; there are so many hints of unrevealed psychic levels that few characters are above suspicion. Knowing that the stalker is female, the reader re-examines the featured women: Are Teresa's historic disappearances during times of trouble now a screen for murderous actions? Could Robin's dissatisfaction with her husband be an indication of homoerotic desires? Is Blythe's college classmate's fondness for flowers a link to the blooms that the stalker leaves for her? Similarly, knowing the killer to be a man with a dog, the reader looks twice at: Robin's Mormon-sympathetic husband; the not-so-saintly Latter-Day Saint Lauren meets at a pool hall, whose drinking bouts make him unpredictable; and Justice Horner's old friend, who may kill to maintain the reputation of the Church. Lauren and Robin shelve the harassment case as they conduct their own murder investigation, aided by Alan, who sleuths with his policeman pal Sam Purdy while on their Slickrock mountain biking trip (an excellent opportunity for readers to take a spin through the Southwest). White defies stereotypes to produce some of the subtlest and most teasing red herrings ever. (First printing of 35,000)