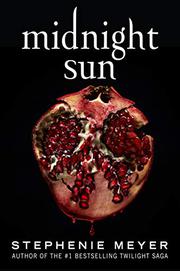 From the Twilight series, volume 5

Edward Cullen, a 104-year-old vampire (and eternal 17-year-old), finds his world turned upside down when new girl Bella Swan’s addictive scent drives a primal hunger, launching the classic story of vampire-meets-girl, vampire-wants-to-eat-girl, vampire-falls-in-love-with-girl. Edward’s broody inner monologue allows readers to follow every beat of his falling in love. The glacial pace and already familiar plot points mean that instead of surprise twists, characterization reigns. Meyer doesn’t shy away from making Edward far less sympathetic than Bella’s view of him (and his mind reading confirms that Bella’s view of him isn’t universal). Bella benefits from being seen without the curtain of self-deprecation from the original book, as Edward analyzes her every action for clues to her personality. The deeper, richer characterization of the leads comes at the expense of the secondary cast, who (with a few exceptions) alternate primarily along gender lines, between dimwitted buffoons and jealous mean girls. Once the vampiric threat from James’ storyline kicks off, vampire maneuvering and strategizing show off the interplay of the Cullens’ powers in a fresh way. After the action of the climax starts in earnest, though, it leans more into summary and monologue to get to the well-known ending. Aside from the Quileutes and the occasional background character, the cast defaults to White.

A love letter to fans who will forgive (and even revel in) its excesses and indulgences.