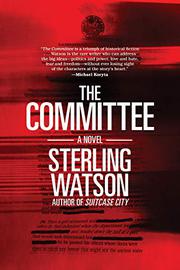 In 1958, a professor at the University of Florida learns that bigotry, hatred, and corruption have consequences far beyond the confines of the classroom.

Professor Tom Stall seems to be an average English professor, perhaps a little priggish—when talking to a traumatized student, he mentally corrects her use of “can” with “may.” When well-liked professor Jack Leaf supposedly commits suicide, Stall learns that he was suspected of being gay. A secret committee of men (based on the real-life Florida Legislative Investigation Committee under the control of Gov. Charley Johns) is operating on campus. “The Committee has police powers, subpoena powers, a team of lawyers and investigators, and they’re all hell-bent to root out Communists, homosexuals and other undesirables in our schools," the university president tells Stall. But as events proceed, with betrayals, secrecy, and violence, Stall realizes he has no idea whom to trust. The author (Suitcase City, 2015) lets Stall ruminate a little too often, but he does an excellent job of portraying a time, place, and culture without assigning contemporary values where they didn’t exist. When Stall’s wife realizes her pregnancy means she’ll have to quit teaching, for example, she doesn’t like it but doesn’t fight it, either. The dialogue is realistic, and the pacing, especially toward the end, is quick and intense.

Any reader wanting a history lesson wrapped in a compelling, believable novel will find much to contemplate here.