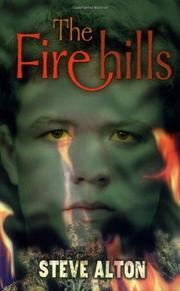 Wiccan lore and Celtic legend intertwine to drive this follow-up to The Malifex (2002). Last summer, boring British teen Sam joined with the young witch Charly and the ancient wizard Amergin to defeat the corrosive influence of the Malifex by channeling the Green Man, lord of the forest and spirit of the earth. When Sam rejoins his friends for the May King festival, celebrating another of the Green Man’s incarnations, they become targets of the sinister Sidhe, who kidnap Amergin to their otherworldly stronghold. Sam must tap his lingering magic, walking between worlds and across time, while Charly draws down the spirit of the moon goddess, as they race to rescue Amergin and thwart the faerie folk’s plot to corrupt the sacred ritual. But can they bear the price? Large dollops of occult ritual and philosophy add exotic flavor to an otherwise routine fantasy adventure. Quick cinematic shifts of scene and viewpoint increase suspense, as the fast-paced plot gallops to the dramatic climax. Sketchy characterization assumes familiarity with the earlier installment, and frequent pop-culture references may date quickly. Purchase where the first title is popular. (Fantasy. 12 )