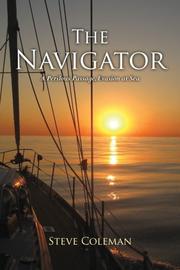 A Perilous Passage, Evasion at Sea

A plot to smuggle money into the U.S. by sailboat results in passengers battling treacherous storms and would-be pirates in the author’s debut novel.

Joe Anderson, having had his 40-foot yacht stolen, is stranded in the Bahamas and agrees to sail Mission to Charleston, S.C. Coleman’s book drops the reader right onto the sea—in a water taxi with Joe, on his way to what he hopes will be a job. The sailboat’s owner, Alex Smith, is desperate to sneak his $2 million into the country, mostly to avoid explaining how he has that much cash. The two men; Alex’s wife, Frances; and Mary, a guest whose one-day stay is unavoidably extended, brave storms at sea and men in a cigarette boat who undoubtedly have an interest in Mission. Romance threatens to steer the plot—before setting sail, Frances plays matchmaker to Mary, whom she’s just met, and the man her husband’s recently hired—but once they hit the open water, it’s all about their time on Mission. Still, relationships are well-established: Joe and Mary slowly and believably develop feelings for each other, and the other couple’s tumultuous marriage is agitated by Alex’s obvious infidelity and Frances’ oscillating moods. The author’s nautical terminology is comprehensive but often incorporated with little context, such that boat novices won’t understand some of the jargon. But readers should be able to conjecture meaning when it counts—when Alex or Joe yell orders over heavy winds, it’s abundantly clear that they’re trying to prevent the boat from capsizing. Coleman garnishes the story with eloquent passages—the “twinkling” of lights from houses as the sailboat passes nearby islands. And he uses well-timed humor—Mary swims to another boat to escape Alex’s unwelcome advances and stumbles on a young couple enjoying the ocean water in the nude. But what makes the novel truly great is its simplicity. It’s not bogged down by multiple subplots or characters—just four people to worry about as they sail the vast ocean, and that’s more than enough.