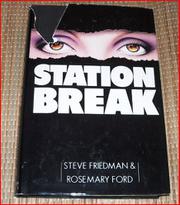 A go-getting TV reporter crosses paths, twice, with a megalomaniac white-supremacist in TV news exec Friedman's supremely silly debut novel. Everybody knows workaholic San Francisco newsperson Mary Reed is a comer; she's ``not unkind, only a little selfish'' in her exclusive attention to her career (snubbed friends, neglected boyfriend, etc.). But little does she know how much that career will depend on right- wing messiah Jerry Radamacker's New Brotherhood, which moves smartly from paramilitary training in the desert to grand theft, counterfeiting, and terrorism without the slightest nod toward plausibility. When the New Brotherhood's people inside the Presidio turn an FBI sting operation into a raging inferno that Mary's lucky enough to cover live, and when she parlays a series of swaggering phone calls from Radamacker into an exclusive on-camera interview (Radamacker's masked, but will she recognize him if they meet again?) and ends up in the slammer for keeping her sources confidential, her name-recognition skyrockets: she's wined and dined by a high-powered L.A. agent, wooed by the big-time L.A. outlet, and launched on her way to four Emmys and an unheard-of co-anchor slot on the 6:00 L.A. news. Meanwhile, distantly pursued by dogged Bakersfield homicide dick Eddie Martinez, Radamacker and his racist buddies plot the end of American civilization. The burning question: What impact will their nefarious plans—botulism, anthrax, cyanide, phony $100 bills—have on Mary's career when they storm the studio for the story of her life? Tediously irrelevant (though presumably authentic) tidbits about news broadcasting alternate with novelettish descriptions of people you don't care about, cluttered and unconvincing action sequences, and limp parallels between Armageddon and a bad-hair day. Keep the remote handy.