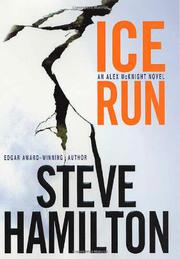 Though it’s winter in Michigan’s Upper Peninsula, where 30-below is commonplace, one lucky citizen has summer in his heart.

Alex McKnight is in love. Yes, the 50-something ex-cop, ex–private cop, ex–“good field, no-hit” minor-league catcher, ex-husband, who wears Weltschmerz like an extra set of thermal underwear, has been Cupid-struck, converting Paradise, his usually bleak hometown, into paradise. The lady is Natalie Reynaud, the Canadian police officer Alex met in Blood in the Sky (2003). Since then, the affair has ripened, and Alex knows he wants it to become a thing that lasts. The question is whether red-haired, green-eyed Natalie does too. Maybe yes, maybe no; Natalie is hard to read. Moreover, friends have warned Alex against her. You’re a man who already has “too much trouble in your life,” one of them sensibly reminds him. But Alex, proof against well-intended warnings, arranges a romantic weekend in an old luxury hotel where the lovers immediately find themselves targets of an unlikely stalker, a dark-suited octogenarian who proceeds to disappear, leaving behind his homburg and a message: “I know who you are.” The you, of course, is Natalie: beautiful, tantalizing, enigmatic, loaded with emotional baggage, and as much trouble as prophesied.