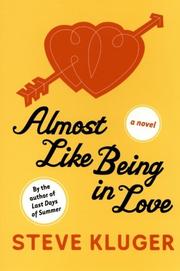 Gay guys go gaga. By the author of the well-received baseball novel The Last Days of Summer (1998).

In 1978, Travis Puckett and all-star quarterback and shortstop Craig McKenna fall for each other at Beckley School in Tarrytown, New York, but ignore and put each other off until, well, all resistance fades and they kiss on a rainy day under a viaduct and then spend hours in each other’s arms. Craig is a sports star with a body to die for while Travis obsesses over Broadway musicals and collects every cast recording ever made, once even cutting classes and hiking 300 miles to buy a used LP of Greenwillow with Tony Perkins in a singing role. Craig prefers Tony stabbing women in the shower. The two go off to colleges on opposite coasts and lose track of each other. In 1998, Travis is teaching American History at the University of Southern California; he requires all of his jocks’ student essays to relate to sports figures, and, meanwhile, tries to get a grant to write a book, Alexander Hamilton and the Designated Hitter. He has also spent years rooming with his old Beckley roommate Gordon Dubois, who’s now a screenwriter for Argosy Entertainment, sort of, and begins scripting this very novel. Though in Splitsville, Gordo and Travis live together, albeit in separate parts of the house. Craig, meanwhile, has a law partnership with fellow Harvard grad Charleen Webb in Saratoga Springs, New York, wants to organize a teensy Freedom to Marry March on Washington, and loves Clayton Bergman, who runs a hardware business, gives Craig a platinum wedding ring—and they’re together 12 years. Both Travis and Craig have full lives, but Travis, sigh, finds something missing. Can Brigadoon be reborn? So Travis leaves Gordo and heads for Saratoga Springs. Once there, can he get Craig away from Clayton?