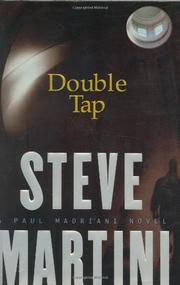 Attempting to defend his latest client charged with murder, Paul Madriani (The Arraignment, 2002, etc.) is hamstrung by none other than the U.S. government.

The San Diego County DA’s office maintains that Emiliano Ruiz, the ex–Army sergeant who acted as software queen Madelyn Chapman’s bodyguard before she fired his company, shot his ex-client twice in the head. They have the murder weapon, an Army .45 issued to Ruiz; they have videotape of Madelyn and Ruiz making whoopee in her office; they have film showing him apparently stalking her shortly before her death. What Madriani has is nothing more than a suspicion that Isotenics, the company Madelyn ruled, is sitting on a nasty secret that supplies the real motive for Madelyn’s murder. Isotenics, he’s convinced, has stolen Paradize, a program capable of threshing through vast amounts of raw data in search of patterns that might indicate terrorist activity, from bankrupt engineer James Kaprosky, tweaked it enough to release it as Primis and licensed it to the government, who under the Information for Security Program is using it to spy on not only its own employees but—hang onto your hat—every citizen who’s ever logged onto a government Web site. Naturally, Madriani’s subpoenas for Madelyn’s business records are vigorously opposed by lawyers representing both Isotenics and the Feds. After an interminable opening movement, Madriani has nothing better to do than engage in endless courtroom skirmishes while he waits for a ruling on his fishing expedition. As usual, Madriani shines in the courtroom, and the last surprise is unguessable. But was it really fair to make us wade through so many red herrings and so much blather to get there?

Real-life fears of government snooping under the Patriot Act will probably send this case to the top of the charts, though it’s far from Martini’s best work.