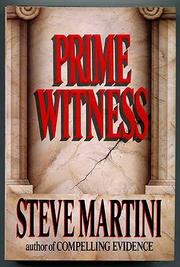 Defense attorney Paul Madriani (Compelling Evidence, 1992) signs on for a brief stint in the Davenport, California, prosecutor's office—then finds himself condemned to try a high-profile serial killing. Three couples have been murdered by somebody whose MO is distinctively grisly—they're staked to the ground with tent pegs, another peg driven through their hearts—but the third incident is different in enough ways (much older couple, different kind of rope, tent pegs not sharpened to a point) to suggest a copycat killer. Still, after Paul and his investigators turn up Andre Iganovich, a suspect for the first two pairs of murders, everybody—from Paul's impatient wife Nikki to the judges to the Davenport powers that be, even to Adrian Chambers, the venal defense attorney representing Iganovich, and certainly including the anonymous caller threatening Paul's family if he doesn't include the last two murders in the indictment—wants Paul to close the case by pinning all six crimes on Iganovich instead of continuing to search for the copycat. But Paul's determined to track down the missing witness to the last two murders, a man who has his own reasons for keeping quiet about why he was perched in a tree high above the fatal scene. The obligatory impossible obstacles—constant pressure from Paul's old nemesis Judge Armando Acosta; the incompetence and possible treachery of graying junior prosecutor Roland Overroy; an extradition mess when Iganovich flees the country; and the unprincipled enmity of Chambers, on the rebound from a disbarment arranged partly by Paul—come at Paul helter-skelter, without much rhyme or reason, until midway through the book, when the trial begins and Martini rolls up his sleeves to do what he does best. Not as twisty or deeply felt as Compelling Evidence, but not as overwrought either—and the unbelievable ending packs a satisfying punch. Good medium-grade beach fare.