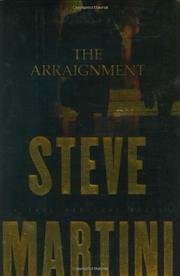 A highly suspect client takes San Diego attorney Paul Madriani (The Jury, 2001, etc.) farther from the courtroom than he’s ever been—maybe a little too far.

No thanks, Paul tells his friend Nick Rush, of Rocker, Dusher and DeWine (RDD), when Nick asks him to advise his trophy wife’s friend, construction wheeler-dealer Gerald Metz, about a grand-jury money-laundering probe. He unbends enough for a single consultation with Metz, but the would-be client’s answers set off so many alarms that he tosses this stinker back to Nick, who’s therefore on hand to get perforated along with his client in a drive-by execution outside the courthouse. Torn by guilt and manipulated by the luscious Dana Rush into fighting for a key-man insurance policy Nick had inexplicably left in the name of his embittered ex Margaret, Paul finds himself stuck between an irresistible widow and an immovable discard—until, in the story’s early high point, he comes up with a truly brilliant strategy for satisfying them both, along with RDD bigwig Adam Tolt and even RDD’s insurance company. Unfortunately, his scheme doesn’t prevent him from sinking deeper into the bog of Nick’s secrets, from his hidden business partnership with the late Jerry Metz to his ties to the sinister Ibarra family of Mexico, where Tolt, Paul, and his partner Harry Hinds will shortly be winging aboard the RDD jet. In Cancun, far from the courtroom where he’s always been the strongest player on the board, Paul shrinks to the size of a target in the sights of enemies who play a lot harder than he does. The resulting action sequences, although they provide plenty of fodder for movie-happy lawyers’ pipe dreams, are likely to strain the patience of Martini’s many fans as completely as they shred his proven formula.

Despite the crackerjack opening movement, Paul’s first instinct was right: No thanks.