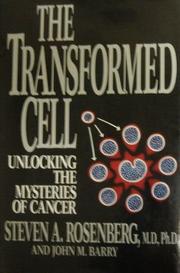 Unlocking the Mysteries of Cancer

The exciting story of an idea whose time has come—and of the man who pioneered it. Rosenberg is that rare combination of surgeon and research scientist who early on decided he wanted to take on the challenge of cancer. His patients are all terminal, all failures to chemotherapy, radiation, and surgery. His idea: attack the cancer cells with the body's own immune cells—in particular the specialized T lymphocytes capable of killing cells. The rub was how to get quantities of these cells, ensure that they would attack the cancer cells and only the cancer cells, not produce dire side effects, and achieve long-lasting effects. To do all this, Rosenberg and his team at the National Institutes of Health had to surmount enormous hurdles: extracting T cells from animals and humans, priming them to grow in tissue culture, making sure they retained their killing ability, infusing them back into the live animals and humans.... The work, the frustration, the day-to-day drudgery and disappointments are all told here, with the occasional moment of triumph that galvanizes the team. The story unfolds with the discovery of new families of growth factors—the interleukins- -and a new breed of lymphocyte: the tumor-infiltrating lymphocyte. There's also a commercial story with a competition between biotech companies and, as techniques evolve, a gene-therapy story involving inserting foreign genes into patients' T cells to increase their potency. And then there are the patients, all graphically presented. Many were not helped, but enough have survived, their tumors melted away, to demonstrate that there's a new and powerful cancer therapy on the horizon. And that there are scientists like Rosenberg doing their all to make the therapy work.