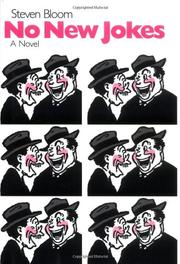 Debut fiction and poignant character study that captures the tone of Jewish life in Brownsville, Brooklyn, in 1949. Bloom brilliantly exploits the novel as a form by drawing on the simultaneity of film editing. Indeed, writers jealous of film's ability to juggle two or three separate scenes into one flow of images will wonder why no one else has tried this device since Jean-Paul Sartre's postwar novel Troubled Sleep, which elided scenes in midparagraph or midsentence. Here, Bloom uses the technique sparingly until the later chapters, which take off like the whoosh of the montages in D.W. Griffith's Intolerance. Paranoia about WW III blooms while Jews meet in Bald Sam's luncheonette and tell jokes (an aesthetic against racial pain). Izzy, a former boxer, has returned to Brownsville after fighting in Germany with the 39th Infantry. He has a head full of shrapnel, plus a disability pension, and fears that he's emotionally lobotomized (``I have the feeling whatever's happening, it's not really happening to me''); meanwhile, he lives off his disability, and sometimes plays his concertina in courtyards for coins and for contact with housewives. As a child in Poland, he memorized the complete fund of Jewish jokes told at his father's tavern. Then at ten, fleeing persecution and his father's murder, Izzy, his sister Miriam, and mother came to Depression Brownsville. His mother has since died, and his exhausted sister survives by running a tiny coffeeshop, where Izzy occasionally helps out. Izzy's older friend Meyer Woolf has been pushed by his wife to invite Izzy to dinner in order to meet Meyer's aging niece Celia, and the muted dinner is one of the stronger, more closely woven set-pieces here. Also rich are Izzy's dalliances with Maureen, an aging Irish whore, and with Mary, a librarian crazed by thoughts of the newly announced hydrogen bomb. Memories of Hiroshima Mon Amour and Joyce's Cyclops/bar scene in Ulysses. Not much seems to happen, but a memorable movie lies embedded in these haunting pages.