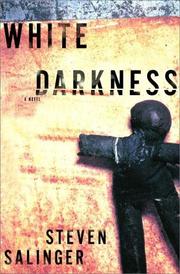 A fast-paced thriller that moves from Haiti’s mean streets to New York’s, all the while chronicling some high-octane lives.

Not all of them estimable, by any means. Colonel Hugo Ferray, for instance, is as deep-dyed a villain as ever twirled an ill-disposed mustache. We meet him first doing what he does best: murdering without remorse and raping without conscience. Ferray is to a value system what Torquemada was to the idea of mercy. Balancing him is young Fabrice Lacroix, a sweet-natured innocent forced to flee Haiti when he becomes the sole surviving witness to one of the Colonel’s bloodier capers: the wholesale slaughter of a well-to-do family for the sake of a buck. In New York, Fabrice is taken under various wings until circumstances lead him to the West Indian restaurant owned by Madame Arcinciel. There, his life takes an upward turn of a kind he never could have imagined. Jewelry store owner Moe Rosen, too, is undergoing transformation—from loser to winner—with Madam Arcinciel pivotal. If he hadn’t foiled a mugger’s sneak attack, he never would have met Madame’s star waitress, the magnificent Marlene, love object and catalyst for everything bright and beautiful. His love is requited, his failing jewelry store turns a corner, and, to his astonishment, Moe, the near-misanthrope, finds himself enjoying Mr. Rogers–like popularity in his rapidly changing Brooklyn neighborhood. Suddenly, Colonel Ferray materializes, his dark agenda crammed, as always, with despicable plots—involving the hunted Fabrice, yes, but also Madame’s daughter and Moe’s Marlene for good measure. And for a while, evil is clearly in the ascendancy until the forces of good get a timely boost from some beneficent voodoo.

Salinger (Beyond the Fire, 1997) doesn’t have it all together yet in the plotting department, but his good guys are thoroughly likable, and his bad guys keep the pages turning.