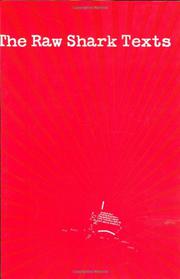 If Paul Auster and Haruki Murakami collaborated on Moby-Dick crossed with The Wizard of Oz, they might produce something like Hall’s deliriously ambitious debut, which mixes profound themes with playful plot twists.

Narrator Eric Sanderson suffers from what his psychiatrist, Dr. Randle, calls “psychotropic fugue,” a recurring amnesia. The only clues he has to the catastrophe that triggered his psychosis are those provided by Dr. Randle and through letters and packages sent to him by “the First Eric Sanderson.” According to the psychiatrist, Eric has tried to come to terms with his past and his identity on previous occasions, only to revert to the state that he’s in when the novel begins, reborn from unconsciousness. She warns him not to pay any heed to the First Eric Sanderson: This is where madness lies. Yet the First Eric Sanderson warns him not to trust Dr. Randle, who may be putting her professional interests in his unusual case ahead of his best interests. At the crux of Eric’s crisis is a trip he took with his girlfriend Clio to the Greek islands, where she seems to have suffered a fatal scuba-diving accident. As long as the narrative remains primarily inside Eric’s head, it’s riveting, but it turns increasingly wacky as he abandons therapy and embarks on a pilgrimage to confront the great “conceptual fish” that apparently can attack his memory like a computer virus. In the process, he acquires a female accomplice named Scout, who might be Clio and may be using Eric for her own purposes. She says she can lead him to Dr. Trey Fidorous, archetypal mad scientist and world authority on conceptual fish. So they’re off to see the wizard, then off to spear the fish (conceptually, of course) as the typography turns from prose paragraphs into codes and word illustrations.

Quite a narrative feat of hallucinatory imagination, though occasionally only borderline coherent.