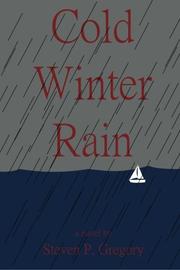 In this debut detective novel, a kidnapping case in Birmingham, Ala., forces a retired attorney into action.

High-profile lawyer Don Kramer asks Slate, his former colleague, to help him find his missing 19-year-old daughter. Slate, a beachside-bar owner, lives a quiet existence alone on a Gulf Coast houseboat, where he moved following traumatic events in his own life. He pilots his old private plane, the Albatross, to Birmingham and, almost immediately, a friend on the local police force informs him that a body was found with Slate’s business card in its pocket. From that moment on, Slate digs himself deeper into the case, building tenuous relationships with the police, the FBI and people close to Kramer’s family. Soon he uncovers links between them and a far-reaching oil and gas industry crime. Along the way, Slate’s past follows him like a shadow, informing his movements and coloring his sense of trust. Although he has some friends and connections, he remains palpably isolated, cups of coffee as his only companions. His lone-wolf attitude leaves him vulnerable, and as the story progresses, his long-term emotional trajectory becomes entwined with the case. However, the book’s imposing, rainy-season mood may be too heavy and slow-paced for some readers. Slate is a well-drawn protagonist, but most of the secondary characters lack the depth required to keep readers interested. Unlike more swiftly plotted crime novels that reach a crescendo before the final reveal, this story instead suddenly and unsatisfyingly drops off, promising to answer in a planned sequel the many questions left hanging. That said, Gregory’s prose is solid, and he vividly describes both the exterior Southern landscape and the insular, interior spaces Slate inhabits.

An uneven detective story with a memorable main character.