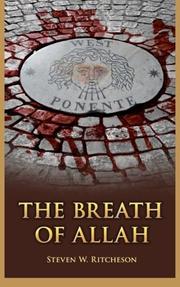 THE BREATH OF ALLAH

An elite security group uses cutting-edge technology to combat terrorists across the globe.

Charles Rayson of Technology Applications Group (TAG), a specialist unit contracted by the CIA, handles a ransom drop in Paris. TAG tracks the payment to a lawyer who ultimately leads the group to terrorists plotting an anthrax attack in Turkey, presumably to decimate the already unstable relationship between the country and the United States. Ritcheson’s exceptional debut novel features technology as the strongest weapon; TAG shadows its targets by phone, provides false leads with social networking and runs operations with live feeds. The story is highlighted by audacious technology such as Smart Dust, allowing TAG to trace the ransom money even after it’s separated; Infinity Bug, which monitors a room through a phone; and a mobile virus known as Pandora that infects cellular devices via a phone call. Rayson is a James Bond in a new, technological world, an indifferent man who treats his missions like his women: impatient when he’s not in action. However, the females suffer when characterized through Rayson’s point of view. He has an ex-wife he avoids and a girlfriend he sees for an occasional tussle. And though the female operatives are commendable in the field, it’s hard not to define them in the same way that Rayson has: Chloe, the woman with whom he’s had sex, and Becky, the woman with whom he wants to have sex. Readers will hardly notice, though, as scenes of Rayson in Virginia monitoring an Op in Syria are as exhilarating as a beefed-up car chase, while the disgruntled former CIA director fuels the bustling plot by creating unrest in Congress. It helps that it’s a quick read, the chapters averaging only about five pages each.

Constantly advancing and infinitely invigorating, just like the technology in the novel; readers will be left wanting more.