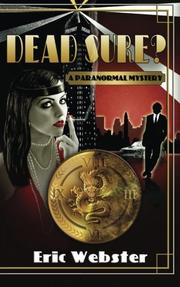 A debut novel examines the dictum “Be careful what you wish for.”

In this paranormal thriller, one man’s wish to go back to a simpler time ultimately adversely affects several lives. Tim Bartington, a single father to his tween daughter, Missy, is enamored of the 1920s. His escape is visiting weekend yard sales and searching for memorabilia from that decade. At one such stop, Tim strikes a mother lode, including an ugly medallion with a dragon on it. While holding the object, Tim wishes he could go back to the ’20s and instantly finds himself there. But he determines that “nothing was familiar.” Tim meets crime boss Angela Torrelli, who takes the strange man under her wing. This makes him an enemy to Charles Yates, Angela’s lieutenant and former lover. Drawn in to Tim’s disappearance is Jack Weston, a narcissistic construction manager, who moves back to his hometown of Minneapolis in hopes of reviving his career. While preparing a run-down bank building for destruction, Jack and his pal Sam, also in construction, discover an old journal and a spooky painting in one office, items that will impact their future. They will also affect Rene, actually Tim’s daughter, Missy, who is dating both men without either one knowing. Those three, along with Jack’s boss, Steve, and Rene’s employer, Liam, all experience inexplicable losses of time. The answer lies in the past, if only Jack can figure out how to get there so he can find a way to fix the present. Webster has created an involving time-travel mystery that should keep readers guessing up until the final page. His jumping back and forth between the ’20s and the present day will likely be somewhat challenging for readers, but mostly his narrative flows smoothly. A nice touch is all the current-day characters having some connection to the players in the past. While it is obvious that today’s characters are being possessed, exactly by whom remains a delectable mystery. The author also allows flawed characters such as Jack and Angela to evolve by the end. Webster’s crafty efforts result in an entrancing whole.

A strong combination of characters and narrative produces a winning thriller.

HOW TO TIME TRAVEL
by Louis A. Del Monte
Children