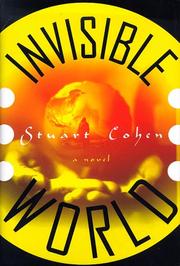 Top-quality debut suspense novel, set largely in South America, Hong Kong, Shanghai, Beijing, and Inner Mongolia, that crossbreeds The Third Man with The Maltese Falcon and comes up a whopping winner. Obsession is all when it comes to ancient textiles, be they from Peru or China: ``. . . they retain that dimension of all the lives that have passed through them. They were worn, they were used for making offerings, they were stepped on and washed in streams. It's there. You can feel it. And not just that. A textile is a crystallization of a culture. Of history.'' Thus it is when three men and a woman try to track down a very, very old Chinese map of the Invisible World that has been woven into a piece of tapestry. To add a delicious twist, one of foursome is already dead—or is he really another Harry Lime? The mutual friend who binds them all together is seemingly failed artist Clayton C. Smith, who upon killing himself in Hong Kong has invited them to his funeral, and even sent stateside buddy Andrew Mann plane tickets to Hong Kong and, as it turns out, $100,000. Also on hand for the reading of Clayton's will is Jeffrey Holt, a textiles expert who facilitates various manufacturing projects when not trying to smuggle 2,000-year-old pre-Columbian weavings out of Peru or similar artifacts out of China. The group is joined by Silvia Benedetti Jimenez, a young Argentinean, who has her own textiles agenda and is not to be trusted in a plot full of interlocking double-crosses. Clayton has left Andrew a series of clues he must track down and which at last lead to a monastery in Inner Mongolia where the map of the Invisible World will be found. Perhaps. Bodies never drop, only large chunks of Chinese philosophy and arias about great finds in the empire of cloth, as Cohen puts everything into this Far Eastern masterpiece.