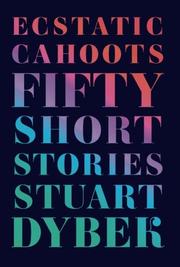 Sure, this new collection of brief fiction by MacArthur Fellow and writer’s writer Dybek is a miscellany, a grab bag.

Some of the 50 stories collected here, ranging in length from two lines to 13 pages, first appeared in print decades ago; and some of them, fragments and one-offs, seem a bit thin. But the best of them—for instance, “The Start of Something” and the bizarre and whimsical “Ravenswood,” in which a nun knocks a streetcar conductor cold and embarks on a kind of joy ride—are quirky miniature masterpieces. There are few if any American short story writers who have the same gift for cityscapes, and especially for capturing on the one hand the loneliness of the lovelorn urban dweller and on the other hand the urban dweller in love’s sense of living in a densely packed solitude, in a world consisting only and blessedly of two. Few writers can command the apparently autobiographical first person with such finesse and with such daring; few attempt such a variety of apparently loose, shambling and discursive—but in fact sturdily built—structures.

Dybek is especially a master of the ways in which lovers, creating a kind of privacy in public, feel that they are, in a title phrase he borrows from The Great Gatsby, in “ecstatic cahoots”—both with each other and, fleetingly, with the world in which they roam, a world that can seem in such moments as if it were built only for them.