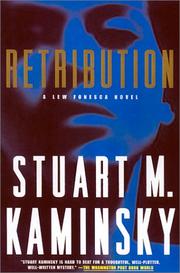 Thousands of fictional detectives have returned for encores, but Kaminsky has had the novel idea of recycling his detective’s quarry as well. Once again, as in his winning debut (Vengeance, 2000), Sarasota process server Lew Fonesca (“I’m not a private investigator. I’m not even an accountant”) is on the trail of abused teenager Adele Hanford, who’s slipped the traces at her wealthy, alcoholic foster mother Flo Zink’s. Has she taken off with long-dormant famous author Conrad Lonsberg, who praised her own writing? No, but she’s taken off with his unpublished manuscripts—thousands of pages worth millions of dollars to his heirs—and, aided by her dim teenaged sidekick Mickey Merryman, she’s bent on avenging Lonsberg’s unspecified betrayal by destroying them all page by page. Mickey’s grandfather soon gets caught in the crossfire (his unlovable father will follow), leaving Lew hardly a minute to focus on another missing-persons case that promises to pay him $20 a day: the search for Vera Lynn Uliaks, whose brother Marvin last heard from her a quarter-century ago. Since Vera Lynn’s past is nearly as scarred as Adele’s—she and her husband were linked to the death of teenager Sarah Taylor just before they disappeared in 1975—Lew realizes he’s hunting two women who have excellent reasons for not being found.

Adele’s less memorable this time around, and the double roundup is both too quick and too slow, but Lew is still a triumph: a Lew Archer type with nerve endings so sensitive that when he’s asked, “Anybody dead?” he replies, “Most of the people who ever lived.”