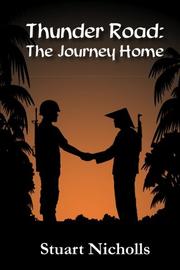 Traumatized by his tour of duty in Vietnam, Nick Dwyer undertakes a life journey to attain acceptance, forgiveness and unconditional love in this debut novel.

First-time author Nicholls is clearly a born storyteller. This fictionalized memoir starts in 1965, when the protagonist, Nick, was a stateside soldier champing at the bit to see action in Vietnam and follows him through decades of coming to terms with the effects of the war. After more than 20 years of post-traumatic stress disorder, one failed and one failing marriage, drug abuse and alcoholism, Nick returns to Vietnam in 1987 to try to track down the Vietnamese girlfriend he left behind when his tour of duty ended. He soon becomes involved in efforts to aid children of American soldiers and Vietnamese women. Several Vietnam trips over the next six years lead him to his true love, a woman named Hang, and to other unexpected friendships and reunions. Nick participates in satisfying efforts to normalize relations between Vietnam and the United States, as well as projects to build medical clinics and schools. He also deals with trickery, conspiracy, politics and fits of rage that overwhelm him in tense situations. The novel’s basis in memoir has its plusses and minuses: Although the bedrock of truth prevents the tale from slipping into stereotype and cliché, the messiness of real life produces a disorganized plot structure and an unwieldy roster of characters. Overall, however, the author, like his character, comes across as extraordinarily honest about his demons while working hard to cling to his ideals.

A fine first novel and an insightful meditation on the repercussions of war.