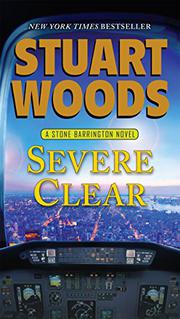 Determined to avenge the killing of Osama bin Laden, an agent calling himself Algernon has recruited a Pakistani nuclear scientist gone freelance and a trio of lower-level experts to sneak a bomb into the new Los Angeles hotel where President Lee is to meet with his Mexican counterpart for some high-level talks. It’s their bad luck that from a distant cellphone conversation in a foreign language, the NSA’s computers pick up two English words: “The Arrington.” The Arrington just happens to be the brand-new hotel memorializing the late actress Arrington Carter, co-owned by Stone, Strategic Services and Superlative Hotel Management, that’s about to open by playing host to the two heads of state and incidentally, a rare concert by Hollywood musical star Immi Gotham. Algernon estimates 2-3 million fatalities from the blast, but that’s only if he and his minions can embed themselves in trusted positions in the hotel, smuggle in the nuclear device’s component parts, assemble, arm and detonate it, all without arousing enough suspicion to be unmasked. What are the odds?

Since the possibility that Woods will kill off virtually his entire stable of regulars (Unnatural Acts, 2012, etc.) is too remote to generate much suspense, fans of this series are left to enjoy the sex, the bling and the reassurance that in Stone’s world, “Sometimes everything goes right” with less effort, error and complexity than you could ever hope for in real life.