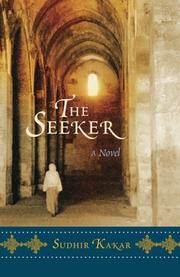 Woven together from fact and fiction, the story of Madeleine Slade, who became Mirabehn, one of Gandhi’s most devoted acolytes.

Kakar’s third novel (after Ecstasy, 2002) uses imagination to connect letters, diaries and reminiscences in establishing the intense relationship between Gandhi—who fought to liberate India from British colonial domination—and a privileged daughter of the English ruling class. Slade’s decision to join Gandhi’s ashram in 1925, when she was 33, was characteristic of a young woman driven by all-or-nothing attachments (a passion for Beethoven, an unrequited love). After a year’s preparation—sleeping on the floor, learning Urdu, spinning wool—she left for India and quickly became a close member of Gandhi’s inner circle. Their story is narrated by her Hindi teacher, Navin, who devotes less space to Gandhi’s politics and more to the idiosyncrasies of his lifestyle: his obsession with health and cleanliness; his moods; his experimental diet. Mira’s feelings for Gandhi are both reverential and possessive; she becomes frantic when separated from him. Their relationship follows a cyclical pattern: When her idolization becomes extreme, he withdraws or sends her away, then forgives her and writes letters expressing deep affection. Navin realizes he is not suited to Gandhi’s philosophy of celibacy and leaves the ashram. Later, as the political turmoil intensifies, Mira becomes infatuated with Prithvi Singh, who, despite Gandhi’s encouragement, fails to reciprocate her passion. The book ends in 1942, some years before independence, while Mira is last glimpsed in 1968 in an epilogue—now an old woman, retired to Austria, silent on the subject of Gandhi.

Odd, elegant but incomplete portraits of a 20th-century icon and his needy disciple.