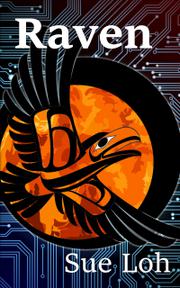 From the Cinzento Academy series, volume 1

In the near future, the Cinzento Secure corporation, which focuses on cybersecurity, also houses the Cinzento Academy. Though all the students are gifted, Team Raven is especially elite, composed of computer-skill prodigies more qualified than most adults. As “Mom,” the kids’ lunch lady/counselor/substitute parent says, “They’re a pretty special bunch—when they don’t let it go to their heads.” The team lead is Ginger “Fireball” Finney, 16, named for her “flame-colored” hair. Other team members, each with their own nicknames, work on specialties like system integration, networking, security, and hacking. Newly recruited to Team Raven is Angel Cambeiro, 17, perhaps inevitably nicknamed Noob; his field of expertise is troubleshooting. The team’s latest assignment is to solve a security breach that’s caused multiple problems at a major bank. The crew is confident they’ve got the chops but soon discover “an epidemic of weird,” as Fireball puts it. For example, the glitches seem to disappear on their own. But why would a hacker go to the trouble of breaking a system only to fix it? Who is the mysterious helper sending the team coded messages? And what’s happened to Zander Grayson, Cinzento Secure’s CEO? As Team Raven works to unravel the mysteries, which begin affecting the country’s entire infrastructure, they encounter big revelations.

Loh uses her background as a Microsoft software engineer to give her debut the ring of authenticity in plot, action, and dialogue. Though the concepts may be unfamiliar for nontechies, Loh makes them as understandable as possible, engaging readers through her teenage characters’ slangy energy: “Within minutes, memory maxed out, ​all ​the drives filled up, and the machine controlling them crashed and rebooted. ‘Whiskey Tango Foxtrot?’ murmured Scrappy.” The book is also well plotted and paced so that tensions and complexities develop intriguingly. Readers may guess some of the mysteries ahead of time, but it’s still enjoyable to see the team puzzle them out. Despite the novel’s tech focus, another strength is that it’s character-driven. The diverse young protagonists may be geniuses, but they’re still maturing. For example, when Fireball and fellow team member Scrappy deliver a martial arts beat down to bullies threatening a city bus driver, she numbers it among “instinctive acts of kindness.” Later that day, Fireball lets information slip to a reporter who’d questioned her abilities. As a result, she’s temporarily removed as team lead and reflects on the bus incident. It’s true they genuinely hate bullies, “But hadn’t some of it been about pride? About needing to establish worth?” This reflectiveness helps balance what could be a smug undertone to the team’s superiority of skill. The arrival of a new member, too, provides conflict through team friction plus a graceful excuse for necessary exposition.