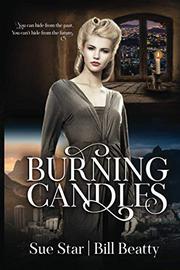 A marriage of convenience between an American woman on the run from her past and a Brazilian cop out for justice gets complicated in this hothouse thriller.

Newlyweds Rosalinda and Gilberto da Costa have secrets. Her name is actually Linda Rose Armbrust. She met Gilberto, a cop, in a Denver pawnshop, where she was trying to cash in on her grandmother’s ring. Gilberto, way out of his Brazil jurisdiction, came to her rescue after she killed a man who was unfortunately the “worthless son of some Rocky Mountain crime boss.” Gilberto gallantly disposed of the victim and, initially more out of lust than love, proposed they marry and live together in Belo Horizonte in Brazil. Gilberto did not tell Roz that he was previously married to a woman who was brutally murdered and that the baby she was carrying was cut out of her and is still missing. Now, Roz is in a foreign country, does not know the language, and is haunted by migraine-enhanced paranoiac fears that the Denver mobster will find her. All of this may or may not be connected to a rash of deaths involving women who have been the fatal victims of botched abortions. To make matters worse, Gilberto’s formidable mother does not approve of Roz and seems capable of all kinds of measures to subvert their marriage (“One doesn’t question Dona Anabela,” a character ominously warns). The team of Star and Beatty (Dancing for the General, 2017) has fashioned not so much a mystery as a soap opera. There are melodramatic revelations scattered throughout (“He was the only link Gilberto had to the dark, forbidden cult that was involved in his first wife’s murder”), and basic expository information is repeated as if readers had missed the previous day’s episode and needed to be brought up to speed. But just as with a soap opera, it is easy to get swept up in the story even when credulity is strained to the limit. Roz is a sympathetic heroine, and readers will root for Gilberto, who defied expectations he would join the family gemstone business to become a cop. A strong sense of place is another virtue in this enjoyable, fish-out-of-water tale.

A guilty pleasure just dying to be read on a Rio beach during Carnival.

DANCING FOR THE GENERAL
by Sue Star
Indie

Murder for a Cash Crop
by Sue Star
Newsletter sign-up