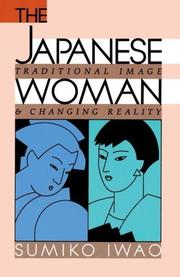 A somewhat dry yet comprehensive report on Japanese women— from a professor of psychology (at Tokyo's Keio Univ.) and adviser on women's issues. Iwao reports that, not surprisingly, Japanese women—who have long been recognized as the dominant force in the home—have developed a different perspective from their US counterparts on equality, marriage, and a woman's role and identity. The author details the growing differences between the generations born between 1935-59, and those born in the 1960's or later—differences that predictably demonstrate a moving away from traditional deference to the husband, from working only in the home, and from the importance of marriage. Younger women enjoy a more egalitarian relationship with men, expect more from marriage, and anticipate having careers. But even these women are affected by the traditional tendency to value pragmatism over principle (Japanese women have legal equality but are reluctant to test it) and to be realistic about what is possible (they do not expect their husbands to be a best friend, nor themselves to be great successes). Less goal-oriented than her American counterpart, the contemporary Japanese woman values personal fulfillment, finds men's lives impossibly regimented, and ``believes that if one can achieve a workable balance among one's various roles, that is sufficient.'' Today, young women are entering corporations—but even this, Iwao contends, will not provoke confrontation. Instead, the old ``autonomy and separation of activity between the sexes will weaken, and, in Japan, where realism and pragmatism are highly prized and where evaluations are based on a long-term perspective, interdependence will be viewed affirmatively.'' An informative and useful contribution to mutual understanding—but marred by less than scintillating prose.