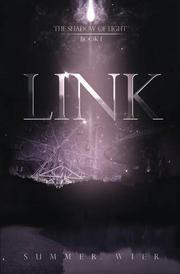 The first book of a prospective trilogy, Wier’s debut fantasy novel follows a young girl whose link to the cosmos will decide the fate of an age-old war of light versus dark.

To celebrate her upcoming 17th birthday, Kira decides to swim under the stars at a local lake. But when she wades into the water, she narrowly escapes a fatal collision with a falling object. An unconscious Kira dreams of a tunnel and starlight that transport her to an alternate universe that mirrors her own. This world features a carnival full of eccentric characters—time-traveling gypsies, snaggletooth attendants, and a handsome farm boy who tells her she came to him by way of a psychic connection. The novel includes various YA trademarks: teenage love triangles, broken families, and the Campbell-ian monomyth. Kira’s search for her long-lost father doubles as a search for herself. Taken in by the gravitational pull of an alternate universe, she begins to discover mysteries about her identity, including theories about her father. When she discovers her light is dying, she faces a major decision; torn between her curiosity about this new world and her nostalgia for home, Kira finds herself in a race against the dying of her light, which, once extinguished, will trap her in whichever world she is in at the time of its dimming. By following through on these consequences, the author adds weight to Kira’s decisions. Wier’s prose is largely conversational, though she paints Kira’s quieter meditations with dreamy visuals that parallel the story’s landscape: “Eyes closed, I hid in the dark, visible only to our moons, floating like two paper lanterns in the starlit sky.” Instead of being a navel-gazer about a 17-year-old’s effort to discover life’s meaning, the novel delivers an action-driven storyline on the universal desire to set one’s own course.

A robust, well-realized universe that sparkles with promise.