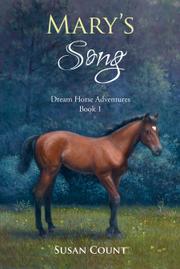 A novel tells the story of two spirited girls who set out to save a lame foal in 1952.

Mary, age 12, lacks muscle control of her legs and must use a wheelchair. Her life is constantly interrupted by trips with her widower father to assorted doctors, all of whom have failed to help her. Mary tolerates the treatments, hoping to one day walk unassisted, but her true passion involves horses. Possessing a library filled with horse books, she loves watching and drawing the animals at a neighboring farm. She longs to own one herself. But her father, overprotective due to her disability and his own lingering grief over Mary’s dead mother, makes her keep her distance. Mary befriends Laura, the emotionally neglected daughter of the wealthy neighboring farm owners, and the two share secret buggy rides. Both girls are attracted to Illusion, a beautiful red bay filly on the farm. Mary learns that Illusion is to be put down by a veterinarian because of a lame leg. Horrified, she decides to talk to the barn manager about the horse (“Isn’t it okay for her to live even if she’s not perfect? I think she deserves a chance”). Soon, Mary and Laura attempt to raise money to save Illusion. At the same time, Mary begins to gain control of her legs thanks to water therapy and secret therapeutic riding with Laura. There is indeed a great deal of poignancy in a story of a girl with a disability fighting to defend the intrinsic value of a lame animal. But this book, the first installment of the Dream Horse Adventure Series, would be twice as touching if Mary interacted with Illusion more. In the tale’s opening, she watches the foal from afar, but she actually spends very little time with the filly she tries so hard to protect. This turns out to be a strange development given the degree to which the narrative relies on her devotion. Count (Selah’s Sweet Dream, 2015) draws Mary and Laura in broad but believable strokes, defined mainly by their unrelenting pluckiness in the face of adversity. While the work tackles disability, death, and grief, Mary’s and Laura’s environments are so idyllic and their optimism and perseverance so remarkable that the story retains an aura of uncomplicated gentleness throughout.

A short, simple, and sweet tale about two friends and a horse.