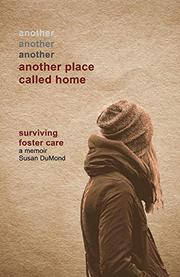 In this debut memoir, a woman shares the traumas and triumphs of her seven years in and out of the foster-care system in upstate New York during the 1950s.

DuMond was 11 years old when the police took her mother away in an ambulance and the author was placed in the Susquehanna Valley Children’s Home in Binghamton. Her father had deserted the family years earlier, and her single mother was an alcoholic who had violent episodes. Six months later, DuMond was informed by the housemother Miss Hartford that her mother had been released from the hospital and that she and the author’s stepfather were coming for a visit. “My stepfather?” DuMond thinks. “I don’t have a stepfather.” Evidently, after her mother left the hospital, she married neighbor Les Whalen. They rented a duplex outside Binghamton and wanted the author to live with them. The experiment lasted less than six months, when her mother began drinking again. DuMond’s return to the children’s home coincided with the institution’s opening of smaller houses, each one serving as a residence for 12 girls and one housemother. The accommodations were significantly better than dormitory life, but the Cottage 3 housemother was especially antagonistic toward the author. Well-honed, primarily present-tense prose lends an air of immediacy to the memoir: “On most nights…I lie in bed and wait. In the dark, it feels like something is going to happen. I don’t know what, but it scares me.” Many of the stories illustrate harsh treatment, as when the Cottage 3 housemother forced DuMond into a tiny utility closet with scalding hot water running. But the tone is lightened with warm vignettes featuring Mr. McPherson, director of the home, and Miss Maude, the new housemother for Cottage 3. They provide supportive direction, appreciation of the author’s academic achievements, and genuine affection. Her tales about a stint working as a 16-year-old apprentice in local summer stock, including delightfully humorous backstage gossip about several of the decade’s theatrical luminaries, add some welcome levity.

An articulate, painful, and touching journey that ends with an against-the-odds victory.