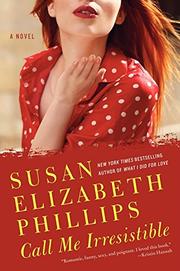 A spoiled California girl becomes a pariah when she sabotages her best friend’s wedding.

The mayor and premier citizen of Wynette, Texas, is about to marry the daughter of the nation’s first woman president. Bride-to-be Lucy’s pre-wedding jitters are exacerbated when her maid of honor, Meg, daughter of Hollywood A-listers, suggests that if the groom-to-be, Ted Beaudine, seems too perfect to be true, he probably is. When Lucy jilts Ted at the altar, the entire town of Wynette turns against Meg. Since her parents, exasperated with Meg’s free-spending ways, have cut her off, she’s so broke she can’t pay her hotel bill. Hotel owner Birdie is one of a cadre of females who have it in for Meg either because they’re allies of Ted’s formidable mother Francesca, or because they want Ted for themselves, or both. Birdie forces Meg to work off her bill as an underpaid chambermaid. Stuck in Wynette until she can amass enough money to leave, Meg learns that Ted is not as crushed by Lucy’s departure as he appears. In fact, his smoldering glances at Meg may hint at much more than anger. Once her indentured servitude at the hotel ends, Meg crashes at a deserted church and lands a job at the local country club. She caddies for Ted and his golf-star father, who are hoping to woo multi-millionaire plumbing magnate Spence to develop a new “environmentally green” golf course that will boost Wynette’s sagging economy. Spence feigns enthusiasm, but his cooperation really depends on whether Meg becomes his mistress. She dodges Spence by telling him she’s in love with Ted, which is a lie, until...it’s not. Ted demonstrates conclusively that in addition to being impossibly handsome and buff, he’s the perfect lover. Too perfect. Phillips' witty dialogue and supple prose are outgunned by an overabundance of characters (the acid-tongued whine-ettes who ostracize Meg are particularly hard to keep straight) and an overly complex plot.

A novel that’s ponderous where it should be frothy.