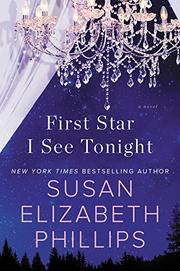 A female private detective tackles a retired NFA player in this standout romance, the eighth in the bestselling author’s Chicago Stars series.

A champion quarterback with a Super Bowl ring to prove it, entrepreneur Cooper Graham is just as competitive in business as he used to be on the field. Piper Dove, the daughter of a private detective, is determined to follow in her father’s footsteps as the new owner of her family’s detective agency. The two meet at Coop’s Chicago nightclub, Spiral, where Piper is investigating Coop on behalf of a potential business partner when she’s mistaken for a stalker. To keep from blowing her cover, she plays along. But when Coop finds out the truth, he discovers that his alleged stalker might be exactly the person he needs to investigate suspicious activity at his club. Their instant chemistry ignites an already explosive situation at Spiral, where any number of disgruntled employees and fans might be the saboteurs behind attacks ranging from bad online reviews to drone surveillance. But each one is written with enough levity to make it feel like a challenge rather than a nightmare come true. Whether she’s fending off football groupies or disarming a neighbor who threatens her with a Nerf gun, Piper is endearingly nutty and complicated. She thinks Coop would be better off dating a beauty with a trust fund; all he really wants is a woman he can trust. As she tries to take the moral high road by protecting him, she ends up lowering her standards by lying and sneaking around. And although Coop is gifted with both charm and brute strength, his constant need to win his arguments with Piper thankfully makes him seem more human rather than too perfect or, worse, overbearing.