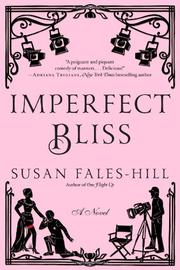 In this modern version of an Austen marriage novel, four beautiful sisters (American, biracial and college educated) find themselves at the whim of their imperious mother. Forsythia Harcourt, originally from Jamaica, now living in Maryland and fantasizing about infiltrating the British throne, wants good marriages for her girls. Oldest Victoria is suspiciously unmarried, and Bliss is a huge disappointment—newly divorced from her college sweetheart (a lowly Latino revolutionary, no less!), she and daughter Bella have moved back home while she finishes her doctorate. Charlotte is in high school, so Forsythia can only depend on Diana, who does not disappoint. Diana is chosen to appear on The Virgin, in which men will compete to capture both her heart and hymen. Soon the Harcourt house is filled with a film crew: Sue, an overbearing network executive and her androgynous lackey, Punch; macho Dario, the show’s producer and director; and Wyatt, the handsome host. Diana and Forsythia are thrilled, Bliss and her father are mortified that Diana’s chastity will be auctioned for ratings, and Charlotte is furious at being ignored. But this is mostly background chatter for the real plot, which is discovering who will please the lovelorn, prickly Bliss. Her academic advisor Jordan McIntosh is dashing and recently widowed, but misread signals would be humiliating. Wyatt is great looking and considerate, but Bliss can never get him alone. And then there’s sexy Dario, whom Bella adores but Bliss can barely stomach. The show takes the whole family to Austria and England for the suitors to perform a series of ridiculous challenges, and minor dramas ensue, but the novel is mostly concerned with Bliss and her stubborn attempts to keep true love at bay.

Satire specializes in ugly characters, and this novel is overfilled with them, which proves an ungainly fit in the lighter realm of romance.