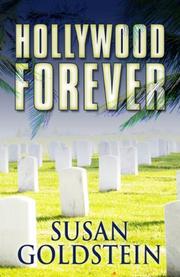 Not even his biggest fans know that Hunter McCall, the series hero who anchors Benjamin Crowley’s reputation and his substantial sales, was the brainchild of Samantha Crowley, the wife he dumped. Since she doesn’t see why the adulterous Benjamin should get custody of McCall, Samantha plots a novel in which the indestructible hero is killed off. “Someone’s going to die, I promise you that,” she tells Carol Haber, Ben’s agent. Samantha’s prediction is dead-on, but she’s got the wrong someone. The actual victims are Benjamin’s ex-publicist, Benjamin’s ex-editor and Carol herself, all dead by violence hours after Samantha mentions her idea to them. Then, just in case the LAPD is too dumb to connect the dots, the killer feeds Benjamin a fatal dose of hemlock, allowing Samantha to place herself obligingly at the murder scene two shakes ahead of the law. It looks like she’s sunk—unless ex-cop Jack Sharrow, who’s already got his hands full protecting his kid brother Grant, a modern-day Robin Hood, from a blackmailer, can come up with a plan to catch the murderer in the eponymous cemetery, with a little help from the colorful street people of Beverly Hills.

Family-law attorney Goldstein (The Smart Divorce, 1999) isn’t great at scattering clues, and if you blink you’ll miss the criminal mastermind. But Samantha, who aptly notes that “I’m turning into a whining divorcee,” will doubtless find a warm reception among simpatico readers.