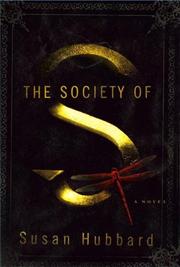 THE SOCIETY OF S

A debut novel in which a girl comes of age—and joins the Undead.

Ariella Montero’s enigmatic father gives her a peculiar upbringing that relies heavily on Socratic disputations of the classics and leaves little room for actual experience or other people. Motherless, precocious Ariella is outgrowing this straitjacket, and she’s determined to discover the truth about her father, herself and their past. Thus far, the story reads a lot like the Marisha Pessl’s Special Topics in Calamity Physics (2006), and the heroines have quite a bit in common, too—in outline. Failing to provide Ariella with Blue van Meer’s deadpan wit or autodidactic sparkle, the author tries to compensate by giving her a vampire for a father. This might be adequate, even compelling, if Hubbard weren’t determined to strip vampires of their dark romance. In this universe, they’re not demon lovers or beguiling monsters; they’re “teachers, lawyers, farmers and politicians.” Instead of drinking the blood of his prey, Raphael Montero eats a lot of red meat. (Others of his kind have learned that oysters on the half-shell sustain them just as well as more traditional fare.) While these defanged immortals are the novel’s principal problem, they’re not the only one. Hubbard tries to tells too many stories, telling none of them well and failing to blend them into a satisfying whole.