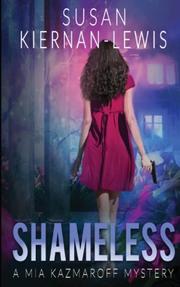 From the The Burton & Kazmaroff Mysteries series, volume 2

The gritty violence of a human-trafficking ring in Atlanta takes center stage in the second volume of this romantic suspense series.

Kiernan-Lewis (Wit’s End, 2016, etc.) brings back the detective duo of Mia Kazmaroff and Jack Burton, whom she introduced in 2014’s Reckless. The two quickly find themselves in danger after they agree to help José, an injured Hispanic man; he escaped from kidnappers and is trying to find his abductee sister, Maria. Just hours after José bunks down in Jack’s house for the night, he’s murdered and the place is burned to the ground. Jack wants to find the killer, and Mia wants to hunt for Maria, who, it turns out, is undergoing a hellish experience as a sex slave. Naturally, the two goals dovetail. Jack is a former police officer and now a part-time personal chef; Mia is an unemployed civilian with an unusual gift: she’s “able to tell the history and genus of any object just by touching it.” They teamed up after working to solve the murder of Mia’s brother, Dave, who’d been Jack’s partner in the Atlanta police department. That’s about all the back story readers get about the couple; however, their underlying sexual tension and constant bickering—not to mention the appearance of a rival for Mia’s affection—keep their dance interesting. Ultimately, though, the overall lack of character development restricts the novel to surface-level action. This is a plot-driven thriller that offers constant twists—some expected but others unanticipated. Kiernan-Lewis offers enough red herrings to keep readers guessing, as almost all the bit players are potential suspects in the trafficking conspiracy. Are the leads provided by Liz Magnuson, the head of Atlantans Against Modern Slavery, legitimate? Is Trey Bowers from the Atlanta field office of Immigration and Customs Enforcement really a government agent? The final surprise should make fans want a sequel.

The characters are thinly defined in this thriller, but the pace is nonstop.