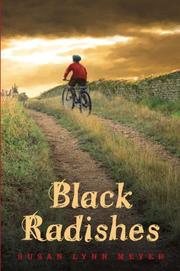 Gustave Becker, an 11-year-old Jewish Boy Scout, and his parents flee to St.-Georges-sur-Cher in the Loire Valley from Paris during World War II to escape the growing hatred in the city and bide their time until they receive immigration visas to the United States. Luckily, their rental home falls just inside the unoccupied zone when Germany invades France. Younger readers may need background information on the Holocaust and France’s Vichy government, but they will understand the life-threatening intensity of Gustave's predicament, as his family continues to be the target of hostility, he joins the French Resistance and he helps his Swiss-born father, who has papers to cross the Demarcation Line, smuggle contraband and even family members across the border. While this debut novel, loosely based on the author’s father's experiences, often rushes through key plot elements, it raises important questions about nationalism, equality and identity and fills a void in Holocaust literature for this age group. Pair it with The Dog in the Wood, by Monika Schröder (2009), for another fictionalized family account of the Holocaust from a rarely told perspective. (author’s note) (Historical fiction. 9-12)