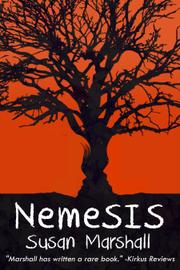 In Marshall’s first novel, a determined girl makes it through 10th grade despite her bully of a sister.

Lonely Nadine Stewart has a mouse for a friend and little else. Her parents have divorced, with her father settling in New York and taking a new girlfriend; her mother’s out of the house most of the time working on her real estate license. Her older sister, Rachel, is more or less her constant companion, and often an unwanted one. Her intense mood swings get in the way of Nadine’s desire to pull herself out of her misery and make friends, maybe even date. When Rachel feels bad, she makes sure Nadine feels worse—and she’s very inventive. Nadine is very good at keeping her cool: “It was all I could do not to react, but I had this whole routine going where I took cleansing breaths to stay calm. It’s like what you do when you meditate.” As she decides to start moving forward with her life, Nadine makes serious progress. She meets Anne, a transfer student with twin older brothers, and gets a spot on the field hockey team. All the while, though, she contends with the secret of Rachel’s bullying as well as with other bullies. When she finds the support and the strength to stand up to her sister, Nadine is surprised at just what happens. Marshall has written a rare book: a YA novel in which serious themes—divorce, isolation, mental health, bullying, etc.—are considered without admonishing readers or beating them over the head with lessons. Instead, readers progress through sophomore year with Nadine, sharing her daily discouragements and small triumphs. The recurrence of certain problems is only natural; they’re part of Nadine’s experience, after all. On top of that, Marshall accurately portrays the relative gravity of teenage crushes and friend-group drama—heavy considerations for the high school crowd.

A smart choice for teen readers.