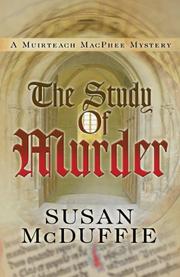 THE STUDY OF MURDER

A trip to medieval Oxford is no pleasure for a Scottish sleuth.

Muirteach MacPhee (The Faerie Hills, 2011, etc.) can only obey when the Lord of the Isles orders him and his wife, Mariota, to serve as chaperones for his rowdy son Donald, who is to enroll in Balliol College in 1374. Like many more recent students, Donald, 13, is more interested in drinking and carousing with his fellows than in his studies. But Mariota is thrilled by the opportunity to advance her prowess as a healer by attending medical lectures. Because women are not invited to these events, she disguises herself as a boy against Muirteach’s wishes. Meanwhile, Muirteach has been roped into helping Undersheriff Grymbaud investigate the disappearance of a lovely tavern maid and the brutal murder of one of the Oxford masters. Although a college servant is arrested for the murder, Muirteach is not convinced of his guilt, and the arrest causes ill-feeling between town and gown that leads to riots. After a second master is killed, Muirteach wonders whether a number of cryptic parchments Donald bought from the local bookseller might have something to do with the murders. When Mariota vanishes, a desperate Muirteach redoubles his efforts to find the killer.

Fans of Lord Peter Wimsey should be warned that it’s a long way from McDuffie’s Balliol to Wimsey’s. But Muirteach is a worthy forerunner of Dorothy L. Sayers’ sleuth, and the historical aspects add interest to a competent mystery.