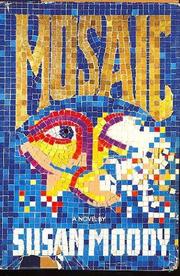 Moody, a British mystery writer known for her paperback Penny Wanawake series, makes an inter-genre excursion in a novel that begins as a garden-variety intrigue and then unfolds into a puzzler of the most Byzantine sort. Young Fran Brett, a free-lance journalist, is certainly puzzled when Nicholas Marquend, the man she falls in love with during a six-month stay in Istanbul, disappears. Things get more bizarre still when, back in London, she learns that Nick was really a former army intelligence operative named Daniel Forrest, and that his gruesomely mangled body was recently found in the Romney marshes. So maybe, she decides, he loved her after all, which is why she sets out to figure out why he got deep-sixed. The trail leads her to Paris, where she meets an old school chum of Daniel's, Alexander Campion, the director of a medical aid organization called the Phoenix Foundation. There, she also realizes why someone wants her late father's files badly enough to break into her mother's home. It seems that Tom Brett, a Pulitzer Prize-winning writer, was digging into the foundation before he, too, got iced. With the help of Philippe de Pierrey, another pal of Daniel's, Fran ferrets out the truth about the Phoenix Foundation—it's a front for an international terrorism cell, specializing in gun-running and political assassinations. But is Alexander the bad guy in charge—or is it someone else? To answer that question, Moody supplies one final twist to an already incomprehensibly tangled plot. Perhaps seasoned puzzle-mystery lovers will be amused; everyone else will throw up their hands and cry I give long before the other shoe drops.