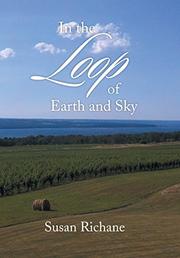 IN THE LOOP OF EARTH AND SKY

In this slim, lyrical volume, Richane examines her life experiences, framed by the changing of the seasons and the transformation of the natural world. Beginning with the assertion that “the mundane and the profound are seldom far apart,” the author presents a series of one- to two-page chapters meditating on the role of the mystical in everyday things. Birth and family feature heavily, as several chapters reflect on her newborn grandson and his connection to other members of her family. Most chapters, however, are relatively disconnected, from a narrative perspective, and don’t elucidate a central theme so much as they circle around it. Social justice does feature prominently, though, with recurring mentions of global poverty, the environment, racism and gay rights. The book never becomes overtly political, although Richane’s spirituality dovetails with her politics in lines such as, “Hope lies in knowing we have what it takes to inch forward, with halting, clumsy, very human efforts. The question becomes: does this act move us toward the world we desire?” Her spirituality remains more or less undefined, but her mentions of Advent, Christmas and Jesus locate it within a Christian sphere. The depth of the reflections, combined with the disjointed narrative, gives readers a simultaneously vague and intimate sense of who the author is. There are perhaps too many mentions of highly specific details, however, such as people’s names and addresses, and the lack of context may make it difficult for readers to fully relate to these writings. However, Richane’s thoughtfulness, depth of feeling and attention to the world around her may inspire readers to slow down and bring similar mindfulness to their own lives.