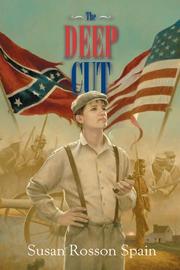 While others in the Virginia town of Culpeper, Va., see glamour and glory as the Civil War begins, Lonzo, at 13, is less enthusiastic. As the war progresses, the boy, considered slow by his shopkeeper father, sees only death, disease, destruction, hunger and danger. He meets bad Union soldiers and good ones. He meets bad Confederate soldiers and good ones. When his Aunt Mariah, who runs an inn, poisons some biscuits for Yankee marauders after she learns of the battlefield death of her sons, he realizes that it will be his grandparents who will eat them and races to the inn through the cut and throws them away. Lonzo is a kindly, hardworking and thoughtful young man as he grows over the years of the war. Told in the first person, he rises from the page as a believable and admirable character in a different story of that war. A fast read that should hold readers in its fair presentation of one of the tragedies of U.S. history. (Historical fiction. 5-8)